With Minnie in Puerto Rico 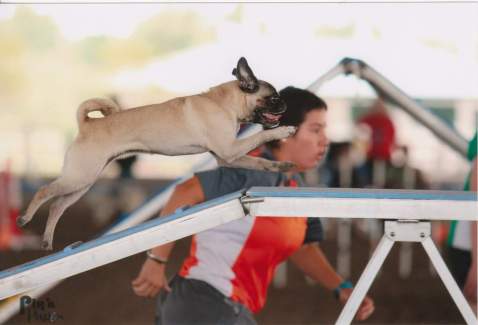 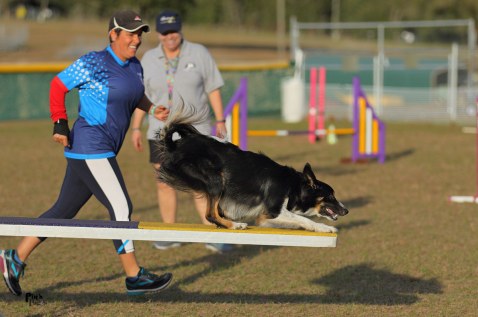 Sheyla and Shiny on teeter 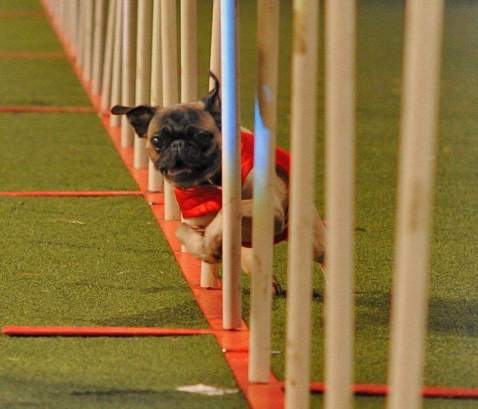 Rebel and Sheyla 2022, Photo used with permission from BadAzzDogz.net 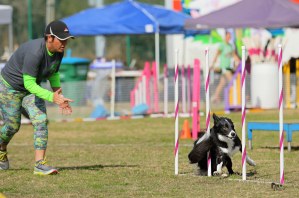 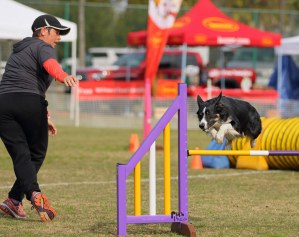 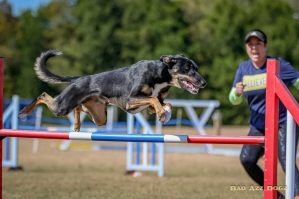 Kyber and Sheyla 2022, Photo used with permission from BadAzzDogz.net

With Lodi at Star Wars Celebration Weekend in orlando 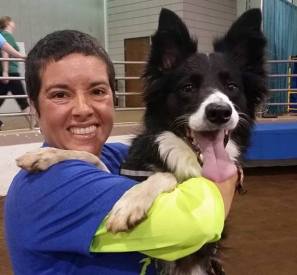 1st in USDAA Pairs with Rebel 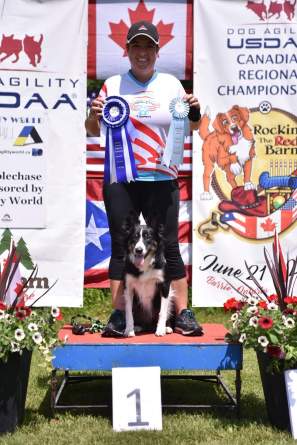 All the photographs and images on this site are copyright of their respective owners.

Sheyla Gutiérrez is a Professional Dog Trainer and Dog Agility Judge, offering training and behavior services to dogs and their care givers. Sheyla teaches a variety of classes in agility, obedience, dog sports, relationship building, behavior issues and other topics. She has traveled all over the world offering seminars, competing in dog agility trials, as part of dog entertainment shows and as a dog agility judge for the AKC, USDAA and UKI.

Sheyla prides herself in staying current with the changes in the sport, and believes strongly that dogs (like their human partners) are individuals and have different learning styles – so she particularly likes to adapt the work to fit the needs of the team.  She enjoys working with behavior issues as well as agility, and recognizes the importance of being able to think outside the box to find solutions.

Originally from San Juan, Puerto Rico, she has trained dogs for more than 20 years. She first started agility with her Labrador Retriever, Zohe, and since then has trained and handled a wide variety of dogs including a Doberman Tyson, Pugs Elphie and Minnie, Border Collies Chill, Fanta, Shiny, Rebel and Sci-Fi, Sato (Mix) Kyber, as well as many of her students’ dogs throughout the years. Between them, they have earned titles in AKC, UKI, and USDAA in Tricks, Rally, Obedience and, of course, Agility.

Sheyla and her dogs have achieved agility champion status in both USDAA (multiple ADCH, PDCH and even LAA) and AKC (MACH), and have earned many local class placements.  She has competed at the AKC Agility Invitational as part of the Puerto Rico delegation with both her Border Collie Chill and her Pug Minnie, who earned Top International Dog in 2011. She also competed at the international level at the inaugural World Agility Open in England in 2011.

Her Border Collie Fanta was a finalist at the 2017 AKC National Agility Championships in Perry, GA in the 20 inch height class; and both Fanta and Shiny have been multiple award winners at USDAA Regional events and at Cynosport.  More recently, both Fanta and Shiny were Performance Speed Jumping and Grand Prix Finalists at Cynosport.  She ventured with Shiny to the 2019 UKI US Open where they won the Winner Takes All, and was the Masters Series Champion (making it in by winning the Final Heat!) and Bronze winner for the Games Challenge in 2019. In 2020, Sheyla was one of the judges for the 2020 European Open Team Tryouts, and thoroughly enjoyed the competition and watching the wonderful teams lay it all on the line.

In 2021, Sheyla and Rebel competed in the UKI US Open in Jacksonville, FL and were the Bronze winners in the Nationals Finals. That same year, Sheyla was chosen as the Assistant Coach for the USA World Team going to Belgium for the European Open in July 2022.

In 2022, Sheyla and Rebel competed at DACOF (the Dog Agility Competition of Florida) and received High in Trial for the 16″ Masters Class, as well as her team getting 1st place and winning at the event. That same year she was again chosen as Assistant Coach for the USA World Team going to Denmark for the European Open in July 2023. In November 2022 she accepted a position as an AKC Agility Field Representative 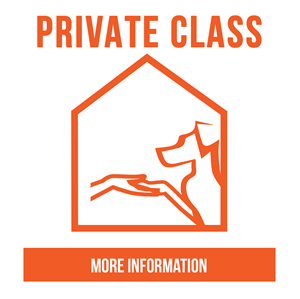 Just wanted to let you know how much we enjoyed your class today.  Exactly the atmosphere I am looking for.
Met up with a friend I haven’t seen in awhile….Of course, I advised her to take EVERY class you offer.
Thanks again,
Lucille
I wanted to thank you for a great class.  You are extremely organized, experienced, creative and committed to helping all of us improve and succeed.  It is such a pleasure listening to you and learning from you.
I love to hear you explain how one simple drill can be used to accomplish so many other tasks in dog performance.  We have experienced that firsthand.
I’m thrilled we had another opportunity to grow with you!  It was a fabulous experience!
Alison